Gregg Pachkowski is a staff photojournalist at the Pensacola News Journal.

In addition to photojournalism, Gregg is available for editorial and commercial jobs specializing in lifestyle photography.  Having worked as a photojournalist for over 20 years,  Gregg maintains the highest level of photojournalism integrity when shooting editorial assignments.

Gregg carries that look and style to most of his commercial work.  He believes the best commercial photographs are unposed or lightly coached.  As such, the photographs will be realistic, natural and believable. 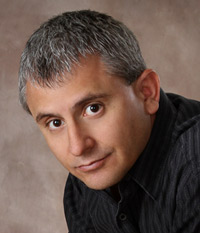 Gregg has photographed everything from space shuttle launches to the Super Bowl.  Photography assignments have taken him as far as the Philippines, Poland, South Korea, Peru, South Africa, Mexico, India, Thailand, Haiti and across the United States.

Gregg worked as a field producer/videographer for Neighborhood Network News in Boston and a staff photojournalist for the Daytona Beach News-Journal.  In addition, his work has been published in numerous newspapers across the country,  books (Perspectives on Ideology,  Gator Greats,  and If I Had a Hammer),  and magazines (including Boys’ Life, Cable World, Golfweek, Habitat World, and Sports Illustrated).

Gregg is highly skilled in Adobe Photoshop, Lightroom, and Premiere Pro.  His work has won numerous awards from the American Advertising Federation, Florida Society of News Editors, and the National Press Photographers Association.