Holding Ginny for the first time!

Ginny Haeseler was born with a congenital heart defect called TGA (short for Transposition of the Great Arteries).

This forced Ginny to spend the first weeks of her life in Shand’s neonatal intensive care unit (NICU). She spent that time in an incubator complete with cardio-respiratory monitor, IV pump,  and a tube down her throat to help her breathe.  That meant that first time parents Rachel and Jason would not be able to hold her for what seemed to be an eternity.

After 3 agonizing weeks, they finally got the good news that Ginny was strong enough to have the doctors remove her tube.

Once assured that she was able to breath on her own, letting her rest a bit and checking her blood gases, Rachel and Jason finally got to hold her for the first time in her life! 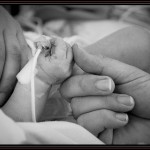 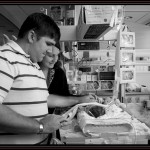 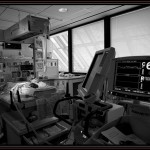 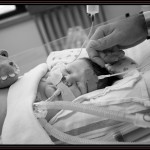 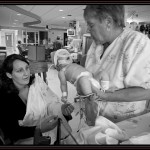 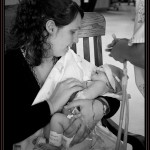 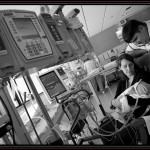 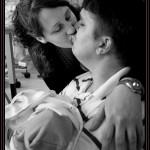 “I’d like to be able to give you some eloquent description of what that was like, but I can’t. There just aren’t words for it.  I could write 100,000 words about it and you still would not be able to comprehend,” explained Jason.

“Rachel held Ginny for about 30 minutes before I got to hold her.    And the first thing I said to her when I got her in my arms was, ‘I love you, Ginny,’ followed quickly by ‘Dammit kid, you scared the ¢r@p out of us!’  I held her for about 30 minutes and I don’t think I took my eyes off of her the whole time.”

Since that day, Ginny has had a series of operations and is now a happy, healthy child.