Georgia On My Mind

Angel and I recently took a trip up to Atlanta to visit some friends (including Valerie  & Mike Bean) and to see some sights including the Georgia Aquarium (which was incredible) and the World of Coca Cola (Angel’s nirvana).

We know Valerie & Mike from many years of attending Habitat for Humanity International’s annual Jimmy & Rosalynn Carter Work Project.  In fact, Valerie and I both attended our first Carter Work Project in 1999 which was held in the Philippines.

Speaking of Jimmy Carter, the last stop on our Atlanta trip was the Jimmy Carter Library and Museum.  Politics aside…  Jimmy is probably the hardest working former President in the history of our country.  In addition to his work through the Carter Center, one of his favorite charities is Habitat for Humanity International which was founded by his good friends Linda and Millard Fuller in Americus, Georgia…  just a stones throw away from their home in Plains.

As a photojournalist, I have witnessed first hand politicians (of both parties) posing for photo-ops.  But not President Carter.  Year after year, Jimmy and Rosalynn toil in the same dirt and heat as the hundreds of other volunteers to help build a house in one week during the annual project in their namesake.  In fact, I believe that if it were up to President Carter, none of us photographers were be present; that way he could concentrate on the work at hand.  But thankfully, the former President understands the importance of publicity for Habitat… so I get to keep my job.

But I digress…  Before entering the actual museum, visitors are shown a biographical film of President Carter…  from his days growing up in rural Plains, Georgia…  to attending the US Naval Academy… to ultimately becoming our 39th President and beyond. 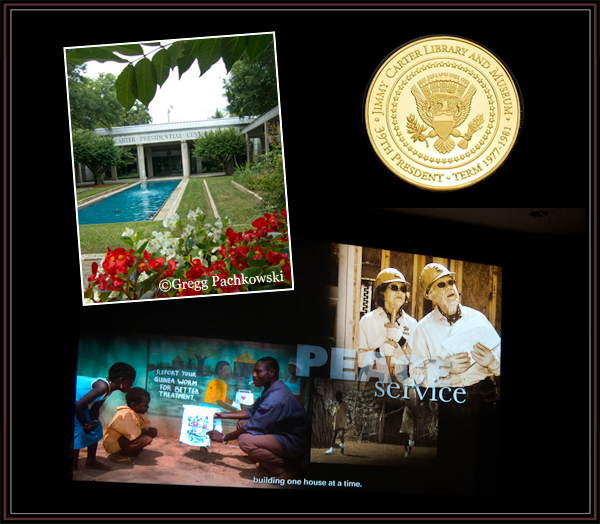 To my surprise, one of my photographs of the Carters building with Habitat in Pascagoula, Mississippi was shown during the video!  I wasn’t positive that it was mine until I sat through a second screening and snapped a shot of the movie screen to check later.

And sure enough.  Once I got back to Gainesville, I checked my archives and confirmed that indeed it was mine! 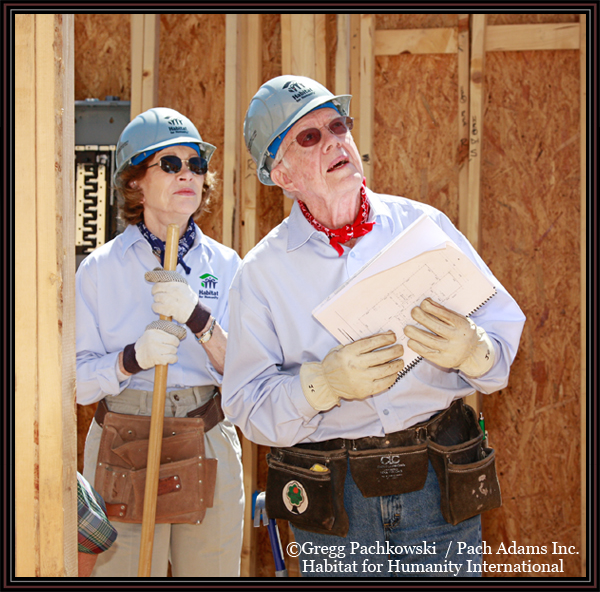 Then on our way out, I noticed that among the books for sale in the gift shop was “If I Had A Hammer” by David Rubel (and foreword by Jimmy Carter).  This book which chronicles the history of Habitat for Humanity International also features several of my photographs.

Needless to say, it was a thrill to see my work in a Presidential Library!
This was a great end to a great trip! 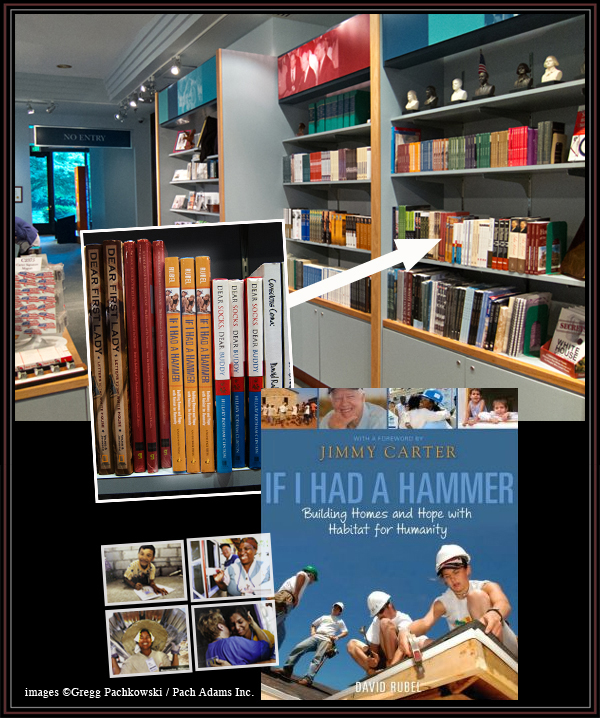