In an attempt to do damage control, Mayer responded by saying that “It was a misstatement on my part and out of context.  [It] was about the terabyte on Flickr & how many photos everyone takes.”

Out of context?  Really?  Here is her entire quote:

Veteran Newsweek & Sports Illustrated photo editor Jimmy Colton hit the nail on the head with his blog posting (including responses to negative comments) on this subject:
http://jimcolton.com/blog/2013/5/21/spitting-on-the-grave

So, yes, professional photographers have taken offense.  Many of us have spent years studying, practicing, and honing our skills in an on-going process.  Unfortunately, not everyone is visually literate.   Those people who are can see the undeniable difference between good and bad images (objective qualities like exposure and sharpness) and they appreciate the skill it takes to achieve professional images on a consistent basis.

The problem is that too many people with a “professional” camera think that they are professional.  Take enough snapshots, eventually you will get a good one.  Get a handful of good ones…  add “Photography” to your last name…  post them to a website…  and voila, you are a professional!  Correct?  NO!

Unfortunately, Ms Mayer’s statement plays right into this theory.  Shoot lots and lots of photographs…  post them to the same place as professionals (in this case Flickr)…  and suddenly everyone doing photography is equal.  That is absurd.

Like making a 3-point shot, anyone can take a great photo.  But can they do it every time and on-demand?  Can they do it under pressure and in any conditions? 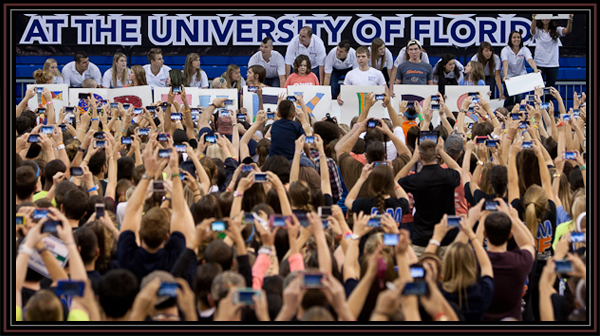 In addition to shooting skills, part of the art of professional photography is the ability to edit (and I mean cull) your work with the objective of only choosing the best of the best.  According to veteran photo editors, “Knowing what not to show is as important as to what to show.”  This is a point that is too often missed.  And if you ever sat through tray full after tray full of your neighbor’s vacation slides you would know what I mean.

With the public’s conception of professional versus non-professional photography blurring…  and the onslaught of mediocre images flooding the internet which are becoming accepted as the norm (and “good enough”)…  the comments of people like Yahoo CEO Marissa Mayer bolstering this idea…  the ability to actually make photography one’s “profession” has become harder than ever.