It was a beautiful, crisp-clear day.  As Delta flight #1283 took off at 6:30 am from Newark airport, I looked down on the World Trade Center towers and Manhattan as they were bathed in golden early morning light.  It was beautiful!  Little did I know that that would be the last time I would ever see them again. 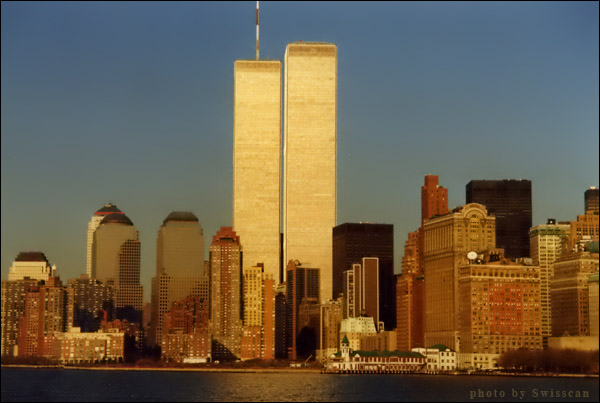 On September 11, 2001, I was returning to Florida after attending my grandfather’s funeral.  Everything was going normally.

When we landed in Atlanta at 8:52 am to switch planes, there was very little attention being paid to the televisions that were broadcasting images of the smoking north tower that was struck at 8:46 am.  When I inquired, people nonchalantly told me that a small plane accidentally flew into the building.  No big deal.

As I was on the underground tram going from one concourse to the next, people started talking about a second plane hitting the towers.  I thought surely they were misinformed.  That is how rumors get started.

However, as I emerged onto the next concourse, it was apparent that something was definitely wrong.  Now, every television was surrounded by a crowd of people.  The second plane did indeed hit the south tower at 9:03 am.  I watched in bewilderment as the video was being played over and over again.

At this point, it still wasn’t clear that it was a terrorist attack.  Yes, it was bad situation happening in NYC, but I wasn’t overly concerned being 900 miles away in Atlanta.  After watching for a few minutes, I went to my gate in anticipation of catching my flight to Daytona Beach.

Within a half hour, it was announced that all flights were suspended indefinitely.  I immediately made a beeline for the car rental counters.  But then again, so did everyone else.  All cars were already rented.  Without a reservation, there was no point in waiting in line. 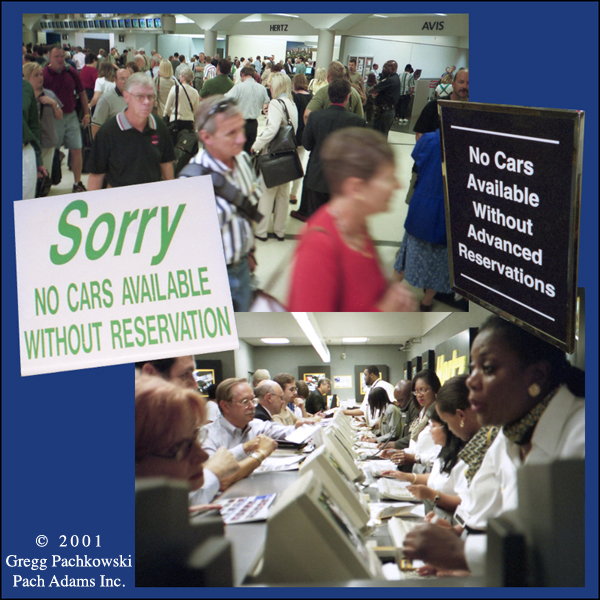 It was pandemonium.  All sorts of rumors were going around.  People were saying, that as the busiest in the US, Atlanta’s airport was among the terrorist targets.  Needless to say, I didn’t want to hang around there any longer than necessary.

Running out of options, I walked the lines asking if anyone with a reservation was driving to Florida.  Luckily Bank of America employees Debbie & Cheri were driving to Jacksonville.  I asked them for a ride.  Although the women were hesitant at first, I showed them my Daytona Beach News-Journal press credential.  Then, one of the ladies asked if I had photographed Daytona Cubs baseball games.  As it turned out, she recognized me from the sidelines of a game and they decided to give me the ride.

Shortly into the 5 1/2 hour drive, one of the ladies let me use her cell phone to check in with Angel.  The first thing she told me was that Matt was OK.  Of course, I knew that he (my older brother) was also flying that day, but I didn’t think much of it.

It took a while of listening to the on-going radio coverage for me to realize why Angel specifically told me about Matt.  At 10:03 am, United Flight #93 crashed in Shanksville, PA.  Reports stated that it was a flight from Newark to San Francisco.

Matt was on a United flight from Newark to San Francisco!!!   Fortunately, he was on flight #81 that departed at 7 am, not on Flight #93 that was scheduled to depart at 8 am.

Eerily… Matt stated the night before that he hoped that flight #81 was overbooked so he could get bumped in exchange for a free ticket.   If he got his wish, he might have been on United 93.  Thank God, indeed, that Matt was OK.

Although Matt got stranded in Nebraska for a few days, he was unharmed and got home to California safely.  And, Angel met me at a rest stop in Jacksonville in an emotional reunion. We were very fortunate! 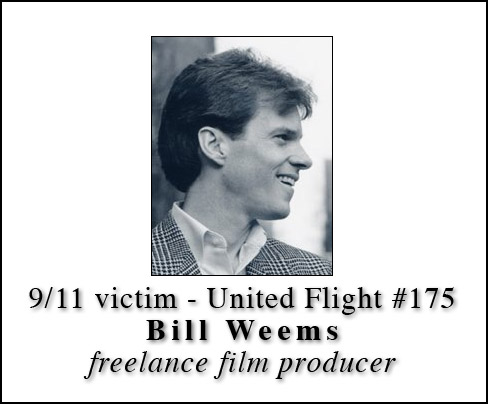 Among the victims of 9/11 was Bill Weems (a freelance film producer that I had worked with in Boston) who was on United flight #175.  He was among the 65 people who were killed when their plane crashed into the south tower.

For Bill and all of those who lost their lives that day we remember and pray.

This entry was posted in News, Stories Behind the Photos. Bookmark the permalink.

One Response to My 9/11 Experience